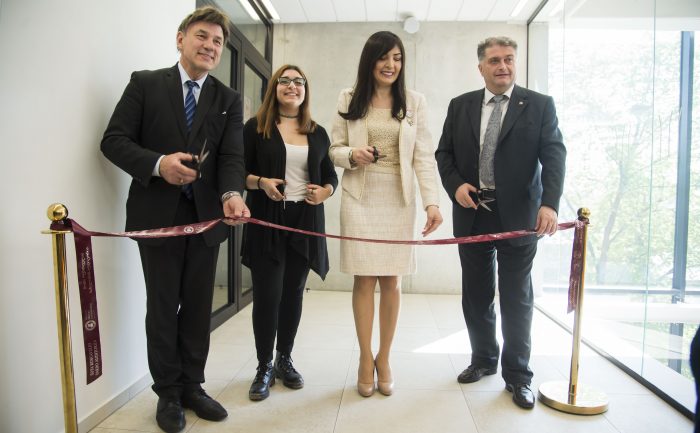 “I am very glad that the relationship is established not only between countries, but also in higher education. I am thankful to VMU for constant support and the oportunities that are provided to Sakartvelian students”, the ambassador said. 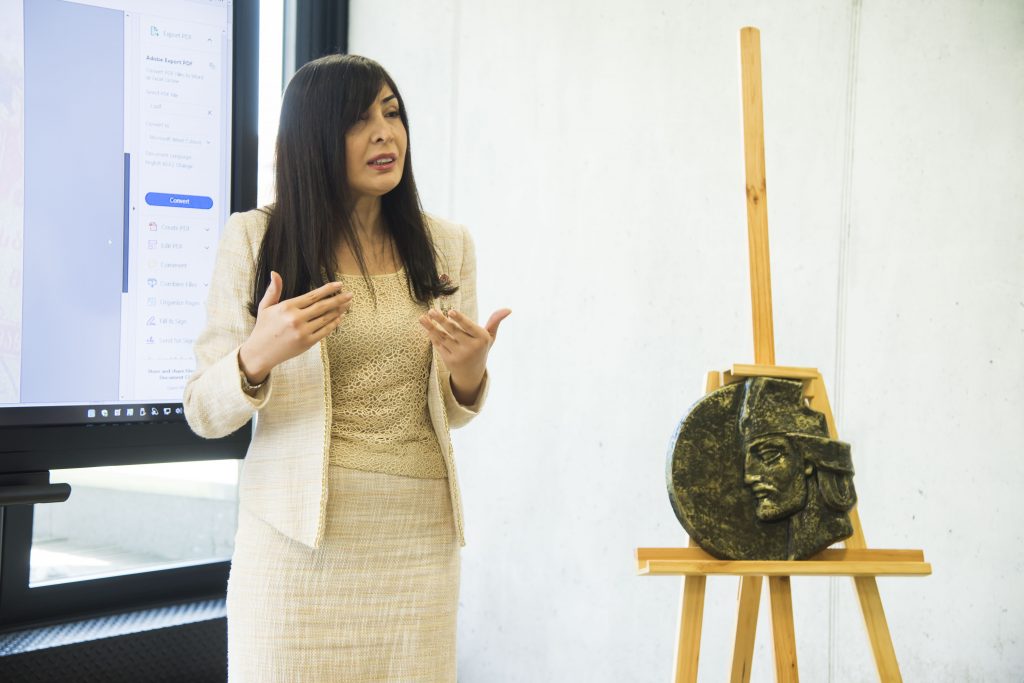 “Lithuania and Sakartvelo have not only similar history, values, vision of the future, and, of course, problems. We proved the affinity between the countries in 2008, when Lithuania expressed support to Sakartvelo. I believe that this cooperation will contribute to the education of future generations, which will continue to do their part in the collaboration of the countries”,  Giorgi Ghavtadze, the Rector of Akaki Tsereteli State University, said. 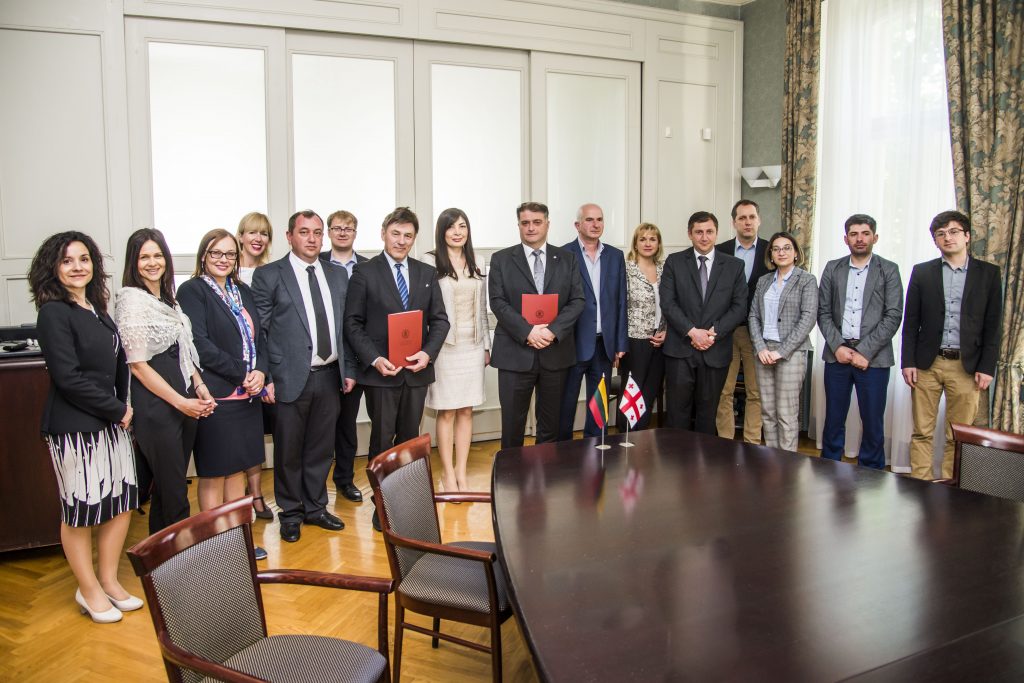 According to VMU Rector Prof. Juozas Augutis, taking into consideration that VMU is a wide-ranging university, the cooperation areas are very diverse and numerous: from arts and education sciences to engineering and agriculture. Director of VMU Institute for Foreign Languages, Assoc. Prof. Vilma Bijeikienė highlighted the fact that while the university offers over 30 foreign language courses, Kartvelian (Georgian) has never been taught here yet. “Currently there has been a noticeable interest among students in various cultures and languages, so it would be great if there was a possibility to study Kartvelian language at VMU as well”, – įvardijo doc. dr. Vilma Bijeikienė.

After the signing, the VMU Multifunctional Research and Study Centre (V. Putvinskio g. 23) hosted the opening of a lecture room named after Shota Rustaveli – one of the most significant medieval literary figures, author of the poem The Knight in the Panther’s Skin. The name was given to lecture room 313.

According to Giorgi Ghavtadze, the Rector of the Akaki Tsereteli State University, universities are concerned not only with creativity and innovations, but also with the acquaintance of foreign cultures. “I believe that this lecture room and the activities done here will make it possible to get to know Sakartvelo better and encourage even more active cooperation not only of the academic community, but also the societies of Lithuania and Sakartvelo”, Giorgi Ghavtadze said. 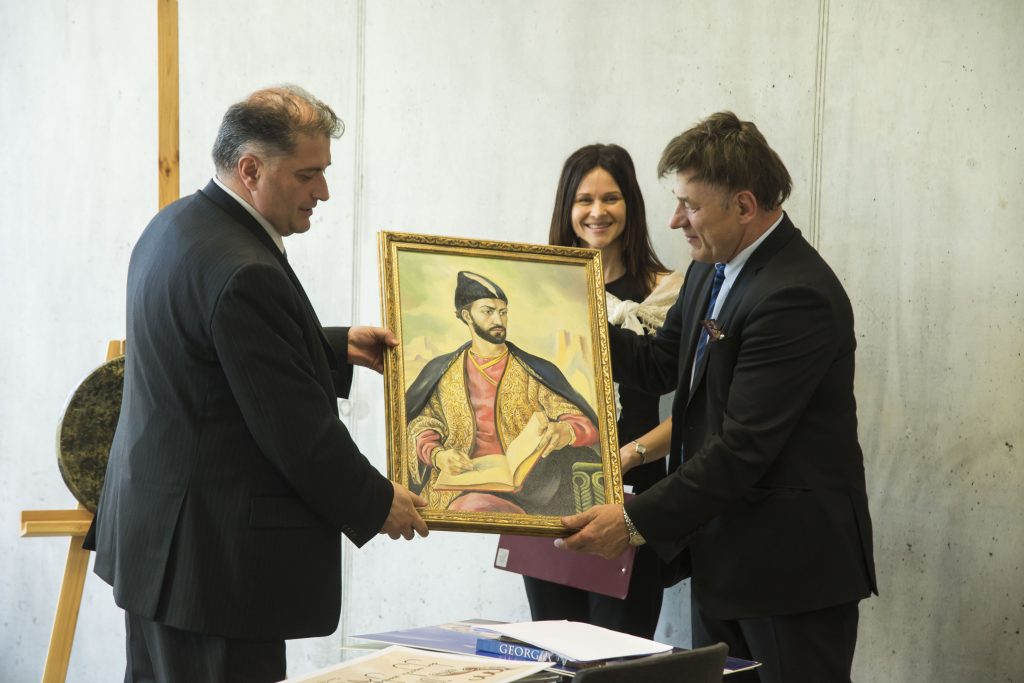 Sakartvelo Ambassador in Lithuania, Khatuna Salukvadze, read a paper during the event, which was entitled “The First Democratic Republic of Georgia: The Centennial of the Friendship Between Georgia (Sakartvelo) and Lithuania”. According to the diplomat, even though the two countries are not geographic neighbours and their histories are rather different, the connection between the two nations is quite strong. “Today I can say without hesitation that the relationship between Lithuania and Sakartvelo is as best as possible and it is a great honour for me to be an ambassador of my own country in Lithuania”, Khatuna Salukvadze explained.

Later the event’s guests were presented the exhibition “Vladas Braziūnas’ Poetry in Georgian Calligraphy”, which showcased the author’s poetry written in Kartvelian lettering. The exhibition was introduced by the poet himself.

Currently there are 7 students from Sakartvelo pursuing bachelor or master degrees at VMU. One more student is pursuing a PhD. As of now, 10 Sakartvelo students (2 in BA and 8 in MA) have graduated at VMU. The most popular faculties, favoured by the students, include Political Science and Diplomacy, Economics and Management, Social Sciences, and Law.