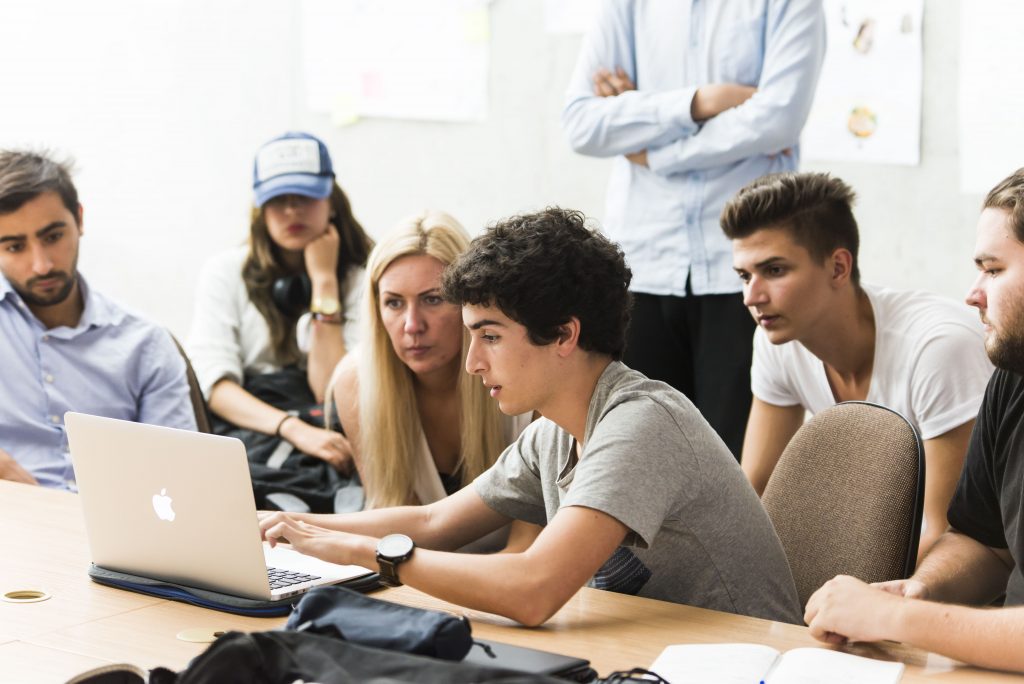 Education 360° is our approach to liberal arts education:

VMU has a reputation as a university with a globally oriented, free-spirited, liberal mindset. The time spent at VMU is a formative step in the lives of our students, facilitating not only career opportunities but also personal growth, strength of character and a sense of self-fulfilment. Studying at VMU means obtaining an all-round education conveying core competencies and abilities such as a broader understanding of global issues and society, the capacity for problem analysis and critical thinking, a spirit of inquisitiveness enabling one to adapt to new knowledge and promoting an attitude of lifelong learning, all of which empower one to make informed judgements as an individual and act confidently as a leader.

Throughout its short but exciting history, VMU has been faithfully nurturing and continuing its distinguished traditions. What sets this university apart is its willingness to organize studies, scientific research and life of the community in a different way. Intellectuals from Lithuania and abroad have participated in the reestablishment of VMU and defined its goals, which are pursued to this day. Here, utmost importance is given to honesty, tolerance and dialogue, while the forerunning principles are liberal and democratic. The experiences of Western universities have been an important influence: modern conception of the study model first used by Harvard University has been implemented at VMU. It was the first Lithuanian institution of higher education to offer Bachelor’s, Master’s and doctoral degree studies.

As an institution, university is highly important to the state: it serves as the hotbed for science, improvement and communication. It is not just an institution of higher learning; it is much more. It is the perfect embodiment of the freedom and the autonomy which the humanity had first achieved a thousand years ago when the first university was opened and helped people learn to live as a community adhering to the ideals of this kind.

Classical liberal arts universities are the labs of modern life, educating bold young people who are not afraid to experiment and are on their way to becoming professional contributors to their own country’s future. A classical university is not governed by pragmatic matters. Formulas do not apply here. This is the space for young people to develop critical thinking and become more open-minded. This is where the country’s future is built. Such is the Vytautas Magnus University of today.

Vytautas Magnus University is known for offering wide-spanning general university education and not just awarding the graduates with Bachelor’s or Master’s degrees but also raising active members of the society able to think independently and creatively. Many VMU alumni do not shy away from learning and improving for all of their lives.

The university follows liberal study policy, which lets students themselves plan their studies, decided when and what subjects to take, they also have the possibility to move from one study programme to another and change the form of studies. Alongside a Bachelor’s degree diploma of their major specialty, VMU graduates can also get a certificate of minor studies and later apply for Master’s degree programme of another study field.

Tradition of Liberal Arts and Its Role at Vytautas Magnus University