Head of CAS Became a Member of EAJRS Board 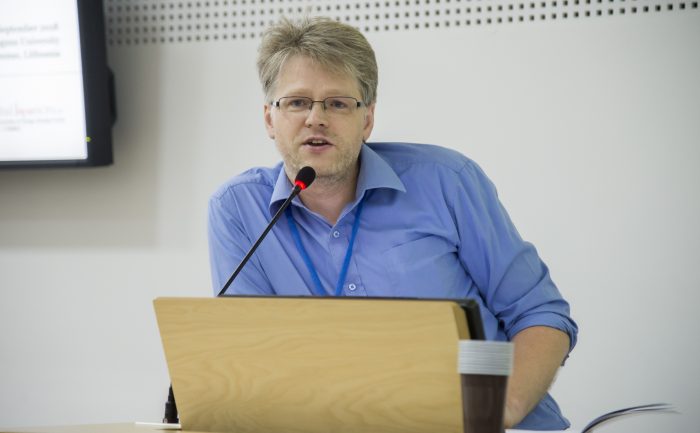 Congratulations to the Head of VMU Centre for Asian Studies (CAS) Dr. Aurelijus Zykas, who has been elected to the Board of the European Association of Japanese Resource Specialists (EAJRS).

On 12-15 September, the Centre for Asian Studies together with TUFS Global Japan Office in Kaunas organized an international EAJRS conference at VMU. On the occasion of the conference, Kaunas was visited by Japanologists from 20 countries. The main topic of this year’s event was “(G)localizing Japanese Studies Resources.” The international conference included not just discussions but also the election for the EAJRS Board, where Dr. Aurelijus Zykas was successfully nominated for the candidacy.

“The opportunity to become a member of EAJRS Board has been a great and an unexpected honor”, Dr. Aurelijus Zykas noted. “Since I am the only representative from the Eastern Europe, my main goal is to represent the interests of the Eastern European countries and draw the Association’s attention to the situation and challenges of our region”.

EAJRS is one of the leading organizations in the world which unites experts of Japanology and focuses on the accumulation, development, creation, management and distribution of Japanology resources. Its conferences are annual and have been held since 1994 mainly in the Western Europe, attracting hundreds of specialists from around the globe. The conference in Kaunas was the first one in the Baltic States and third in Eastern Europe.