The First International European Day of Languages at VMU 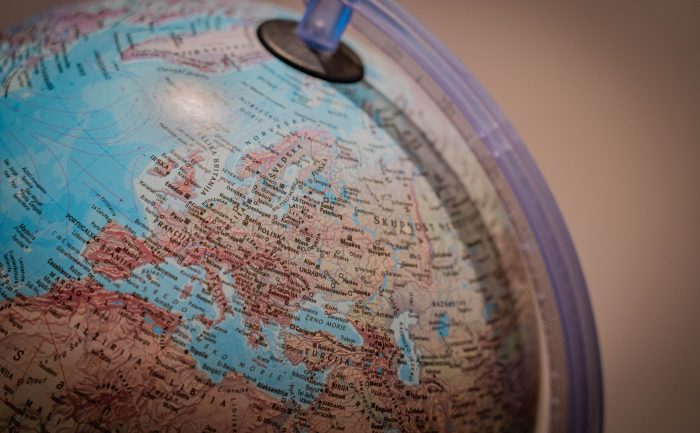 Which nation celebrates the Alphabet Day? How to read a German word which is one line long or even longer easily? What is the most beautiful sentence in Estonian? Is the concept of time understood in the same way in every country? Moreover, how to use this knowledge in academic and professional activities? These are just a few of the questions answered at the International Event for European Day of Languages.

The importance of the European Day of Languages and such an event was also emphasized by the Vice-Rector for Communication of Vytautas Magnus University, Assoc. Prof. Dr. Vilma Bijeikienė. “In this 20th-anniversary celebration of Day of Languages, which brought together all the Alliance partners and a good number of their students, we would like to share the Alliance’s ambition to develop multilingualism in Europe, to learn about and value its cultural diversity, to encourage language learning among the Transform4Europe community, and to continue the discussion on the benefits and potential challenges of linguistic and cultural diversity in an active collaboration with business and other organizations,” she said.

More than 400 participants met representatives of international companies and organizations. Participants learned more about intercultural and multilingual communication and its importance, and the need for languages in the labor market. The students also received practical advice, and various hilarious cases related to translation mistakes and misunderstandings were shared. Participants also had the opportunity to “taste” the languages of the Transform4Europe Alliance and participate in interactive multilingual activities.

Since 2001, the VMU Institute of Foreign Languages has been celebrating the European Day of Languages with the rest of Europe by organizing various events to celebrate the occasion. During this international event, participants from different countries had the opportunity to “taste” the languages of the Transform4Europe Alliance: Bulgarian, Catalan, Estonian, German, Italian, Lithuanian, Polish, or Spanish, during which many interesting facts were revealed, and participants had the opportunity to learn words and phrases in one language or another. Speakers also advised participants not to be afraid to speak, communicate, and learn languages, as they both open doors to careers and new experiences and help them see the world through slightly different eyes.

Presentations of businesses and other organizations

During the European Day of Languages celebration, Transform4Europe Alliance students, teachers, and university staff were invited to listen to presentations from businesses and other organizations in four foreign languages – English, Spanish, Italian, and German. The following organizations have made valuable and memorable contributions to the program:

Apart from listening to informative presentations, the event also included interactive activities. The participants created the “word cloud” from the most memorable words from the language tasters, which attracted great interest. Next to the major European languages – Spanish, Italian, German, Polish, Italian, German, Polish, etc., the Lithuanian words “labas” and “ačiū” were lined up.

The interactive map with farewell messages created at the closing of the event was equally popular. It reflected both the broad geography of the participants and the usefulness and relevance of the event. Guests of the virtual event wrote that “learning new languages and cultures gives us a broader perception of our world” (Spain) and that while “the majority of humanity is not able to appreciate the importance of multilingualism, the more people that take part in events like this, the more we discover the benefits of modern diversity” (Belgium). Meanwhile, an Iraqi student simply expressed his heartfelt thanks for “a conference full of languages and cultures”.

All answers on the map can be seen here.

In her closing remarks, head of Transform4Europe Dr Cyntia Sandes Oliveira stressed that the meeting had been “not only interesting but also touching at some points”. She summed up by adding that she was “felt touched by the language video from the Bulgarian taster, encouraged at the German taster, joyful by the Italian”. In addition, she memorized new words in her formerly foreign Lithuanian, Estonian, and Polish languages. She was delighted to hear Catalan and Spanish again, languages that are so dear to her as well. Dr Cyntia Sandes Oliveira invited everyone to the prominent Transform4Europe events in 2022: the European Festival of Cultures in Kaunas on 4–7 May and the Mobility Week in Katowice, Poland on 9–13 May.

On the European Day of Languages

The event was an excellent opportunity for everyone to have a positive experience, to learn more about some of the European languages, to get to know the intricacies of working in an international environment, and to network in the Transform4Europe, which focuses on developing future European knowledge entrepreneurs, with plurilingual and intercultural skills, and on promoting change in Europe.

The Council of Europe declared 2001 the European Year of Languages, and 26 September became the European Day of Languages, involving millions of people from 47 participating countries every year. The day aims to foster and enrich Europe’s wealth of languages and cultures, promote plurilingualism and motivate Europeans to learn languages through a range of informal activities. Every year, the VMU Institute of Foreign Languages joins this initiative, giving the University community, students, and all Kaunas citizens the opportunity to learn different languages.