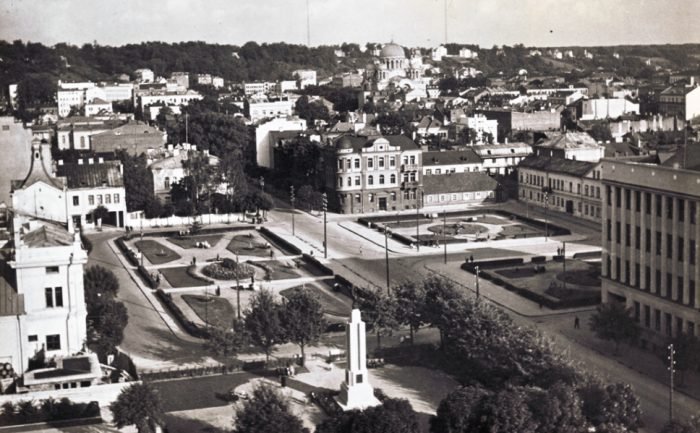 On Thursday 15 February, 1 p.m., the VMU Great Hall (28 S. Daukanto Str., Kaunas) will host a festive celebration dedicated to the Day and 100th anniversary of the Restoration of the Statehood of Lithuania, as well as the birthday of the university. The entire community of Vytautas Magnus University and Kaunas as well as visitors from all corners of the world are welcome attend.

The attending public will be invited to listen to the festive speech by VMU Council Chairman, President of Lithuania Valdas Adamkus, which will be followed by the awarding of VMU Honorary Professorship of the Humanities to Prof. Liudas Mažylis. The scientist will receive the honorary award for his contribution to the history of Lithuania, the discovery of the Act of Independence of Lithuania (16 February 1918) in Germany, as well as for his longtime scientific and teaching activities and promotion of the university.

According to Prof. Mažylis, the discovery of the Act of February 16th has caused joyful emotions to people, whereas the honorary award is bound to be associated with feelings of solemnity and respect. “Yes, this is indeed a very important moment: Liudas Mažylis finds himself standing beside other Honorary Professors of VMU whose merits are immeasurably significant to Lithuania and the world. This comparative context makes it daunting to even name those distinguished people, their merits and their research; it creates the most serious feelings of obligation and respect”, the professor said. The ruling to award VMU Honorary Professorship to Prof. Mažylis was passed in June 2017, during the meeting of VMU Senate.

Binding Ties Between the Histories of VMU and Lithuanian Statehood 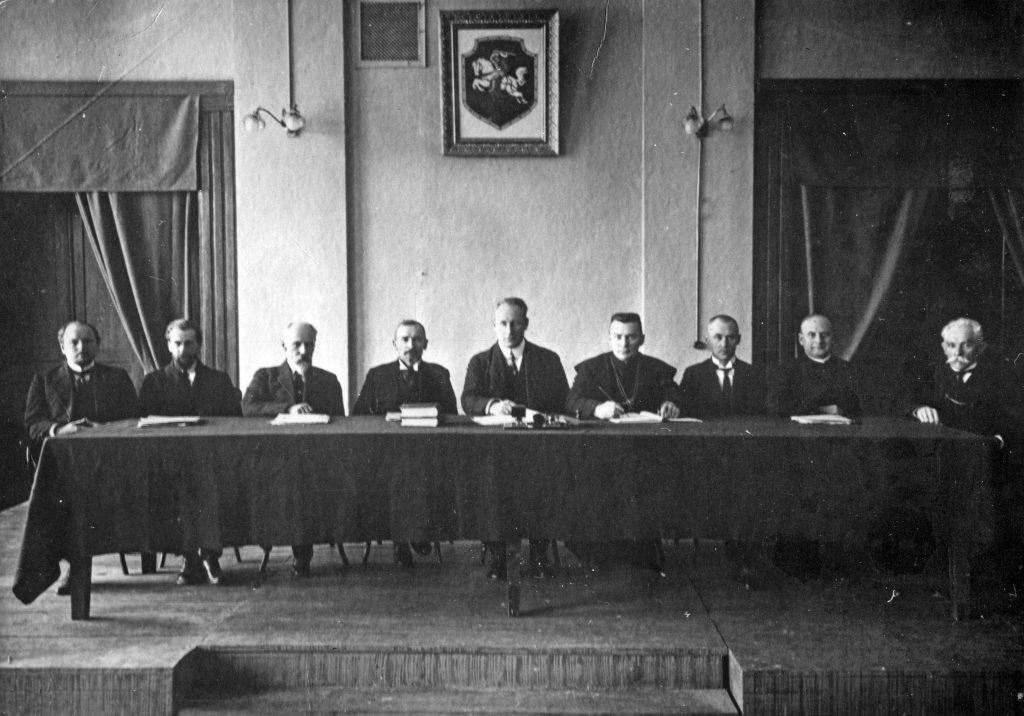 According to Profesor Mažylis, after opening on 16 February 1922, the University of Lithuania played a very important role in the country, because it was a significant challenge to prepare specialists for various areas of the public life. After losing its historical capital Vilnius, the young state of Lithuania had to hurry and create an important hub of science which could preserve high cultural level and help Lithuanians keep pace with the other European nations. “February 16th is the day when we celebrate synergy between statehood and intellect, because the university is impossible without the state, and development of the state is impossible without the university. The connection between the Lithuanian state and VMU is simultaneously very symbolic and full of tangible substance. They are bound by both the date and the understanding: development of the state is impossible without advances in academic thought. We have to understand it, and I believe that all of us do: the academic community, the state institutions, and the entire country of Lithuania”, Prof. Mažylis explained.

The entire history of the democratic and free Vytautas Magnus University of today is connected to the history of the centennial of Lithuanian state: February the 16th, the interwar, the influence of the Soviet occupation, and the reorganization of the university. The academic tradition of VMU not only remained but continued to develop for long years in the diaspora, right until the restoration of the statehood. Unsurprisingly, when the movement of Sąjūdis began and the winds of the revolution became stronger, Lithuanian emigrants were the ones who contributed significantly to the re-establishment of VMU. The diaspora’s ideas are the connection between the famous liberal arts principle of studies adopted by VMU and the patriotic moods of the interwar. President Valdas Adamkus cites VMU’s re-opening in 1989 as an illustration of this: in the lead-up to it, the Lithuanian independence had not been declared and the university’s revival seemed like a utopian idea far removed from reality; and yet, Lithuanian and emigrant scientists agreed to actively cooperate and make joint efforts to strive for it. 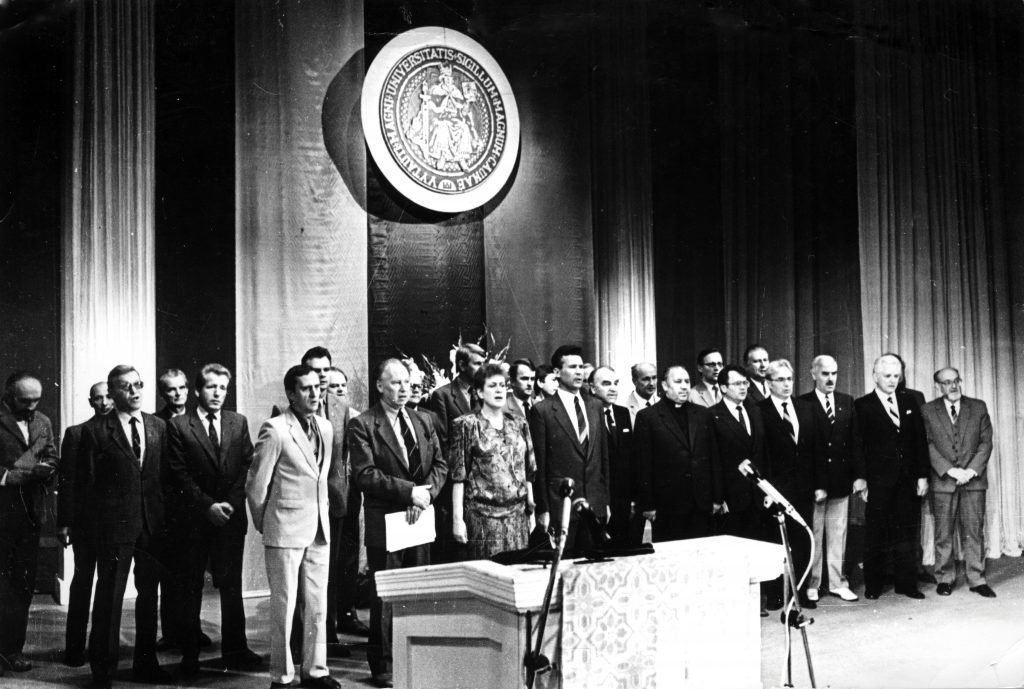 “I remember the period of the re-establishment, when the Lithuanian emigrant elite scientists sensed the pulse of international politics and felt that Lithuania was on the verge of breaking free. They drew attention to the higher education system first and took upon themselves the humanitarian mission to re-open Vytautas Magnus University, which was the only higher education school in Lithuania during the interwar. I am proud to have had an opportunity to actively participate in the revival, which was a unique case both in Lithuania and the world”, Valdas Adamkus, member of VMU Re-establishment Senate, explained. 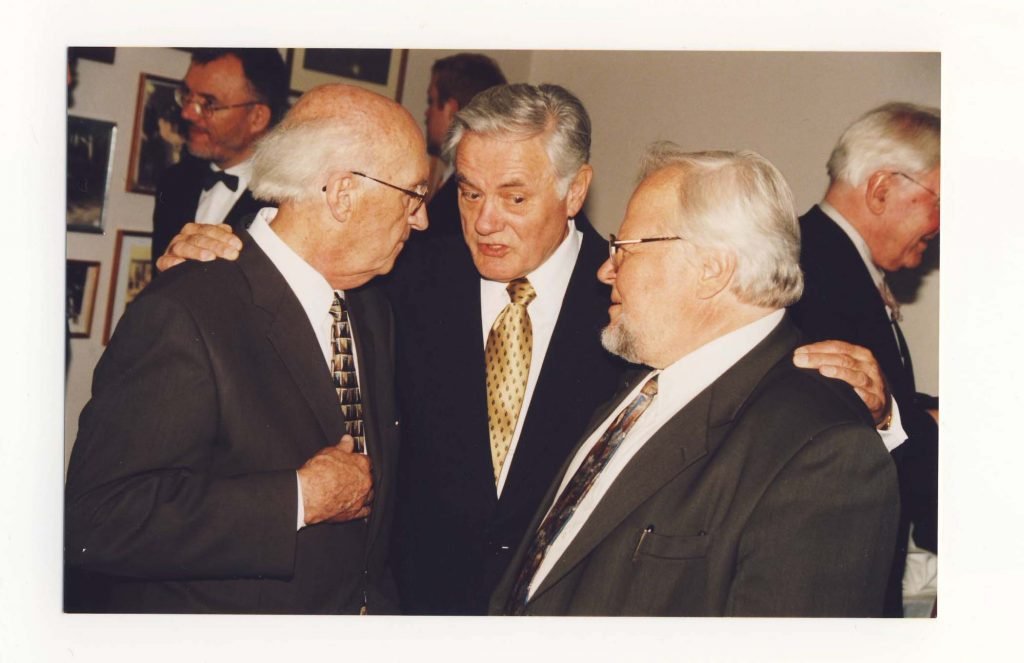 Festive speeches and the award ceremony for Prof. Liudas Mažylis on 15 February will be followed by a festive concert, which will include performances by the VMU Chamber Orchestra and VMU Academic Choir “Vivere Cantus”. Additionally, during the celebrations, the 2nd floor lobby of the VMU Great Hall will showcase the exhibition “Senieji Lietuvos Žemėlapiai” (“The Old Maps of Lithuania”) by Dr. Jonas Norkaitis.

All events of February 15 at VMU Great Hall are open to the public.