President Adamkus Prize to be Awarded for Environmental Achievements 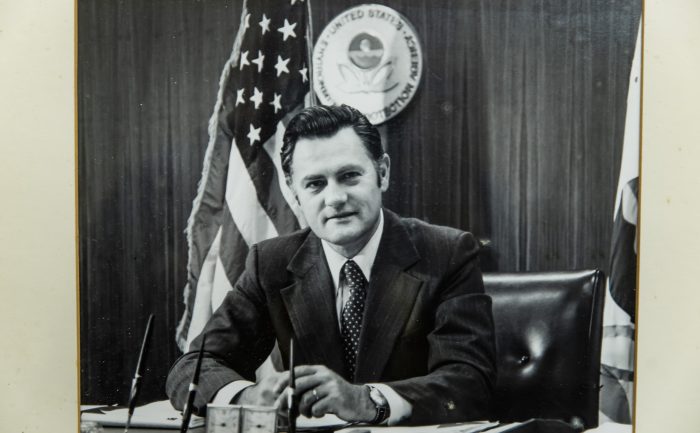 The person of President Valdas Adamkus and his achievements are inseparable from his environmental protection career in the Region 5 of the U.S. Environmental Protection Agency: the largest of all EPA regions. At the time, this region included 20 percent of the country’s population, a quarter of its industry, and even larger amount of pollution problems. And all of this took place alongside the largest source of freshwater: the Great Lakes.

““Upon looking back and thinking about the work that has been done at the EPA’s Region 5, I am overcome with a genuine sense of pride. The problems which we faced and had to solve in the 70s and 80s can seem inconceivable today. Lakes that were so polluted they were dangerous to swim in, animal life going extinct, smog in cities, chemicals being poured into nature, the enormous impact on human health… All of them were new and unforeseen problems in the world, and solutions to fight them had to be found. A large part of society had to be convinced that not only the industry and economic growth but environmental protection, too, was important to a country’s well-being”, Adamkus remembered. 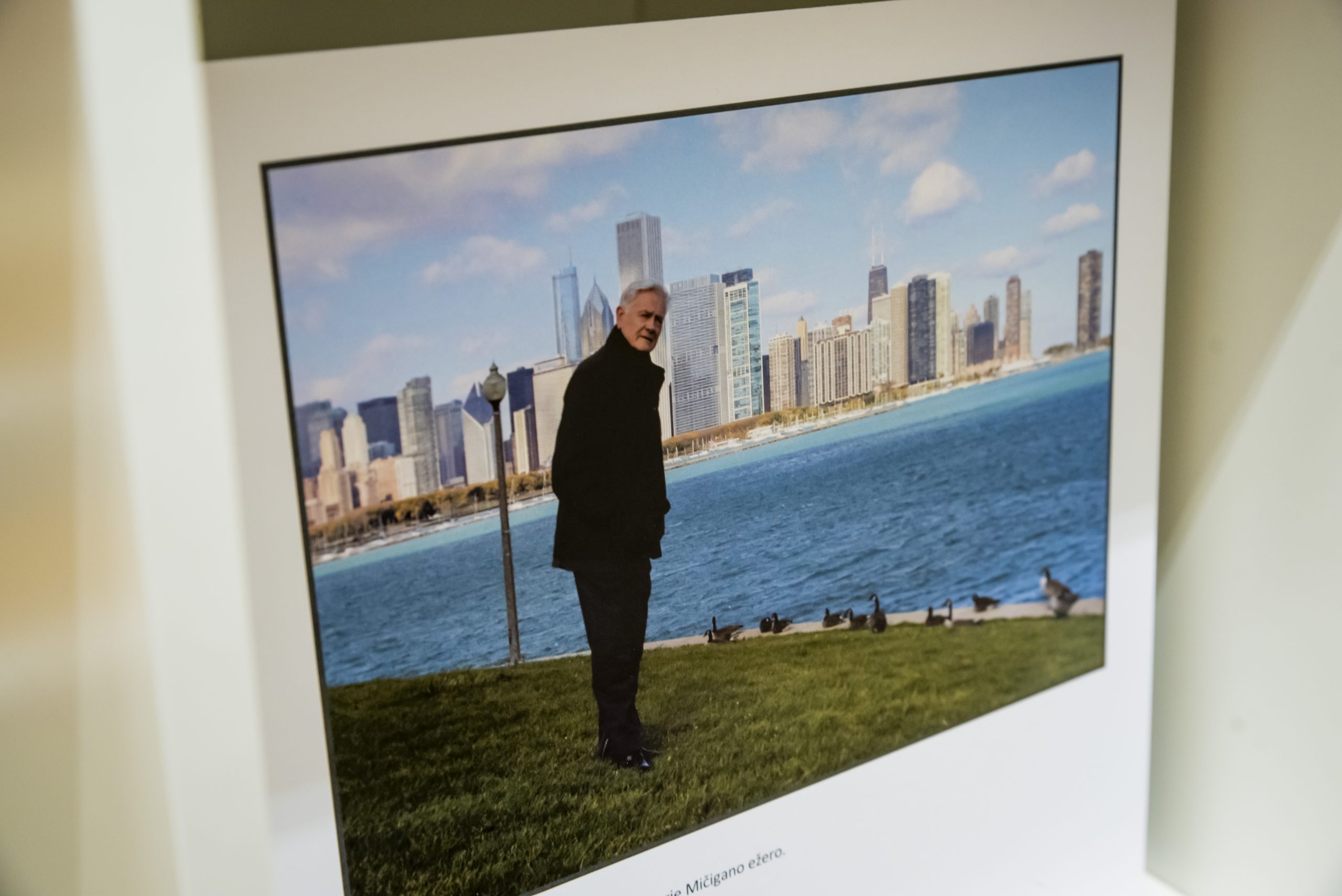 According to the President, all of this would not have been achieved if it were not for the people. “[It was] their determination and sacrifice to the idea that we can and must live in a better environment and preserve it for future generations. And Region 5 was filled with such people: true professionals in their fields, highly dedicated to the idea of environmental protection. Scientists, lawyers, all employees were very significant in the achievement of the goals that were set. Just thinking of them gives me warm feelings and I get emotional”, Valdas Adamkus said.

The U.S. Ambassador to Lithuania Robert S. Gilchrist describes Adamkus as one of the most notable champions of U.S. environmental policy and relations between the U.S. and Lithuania. “As we mark the EPA’s 50-year journey of building a cleaner, safer and healthier America, his legacy looms large. President Adamkus is a role model of integrity and determination for future guardians of environmental consciousness, both nationally and internationally”, the ambassador explained. 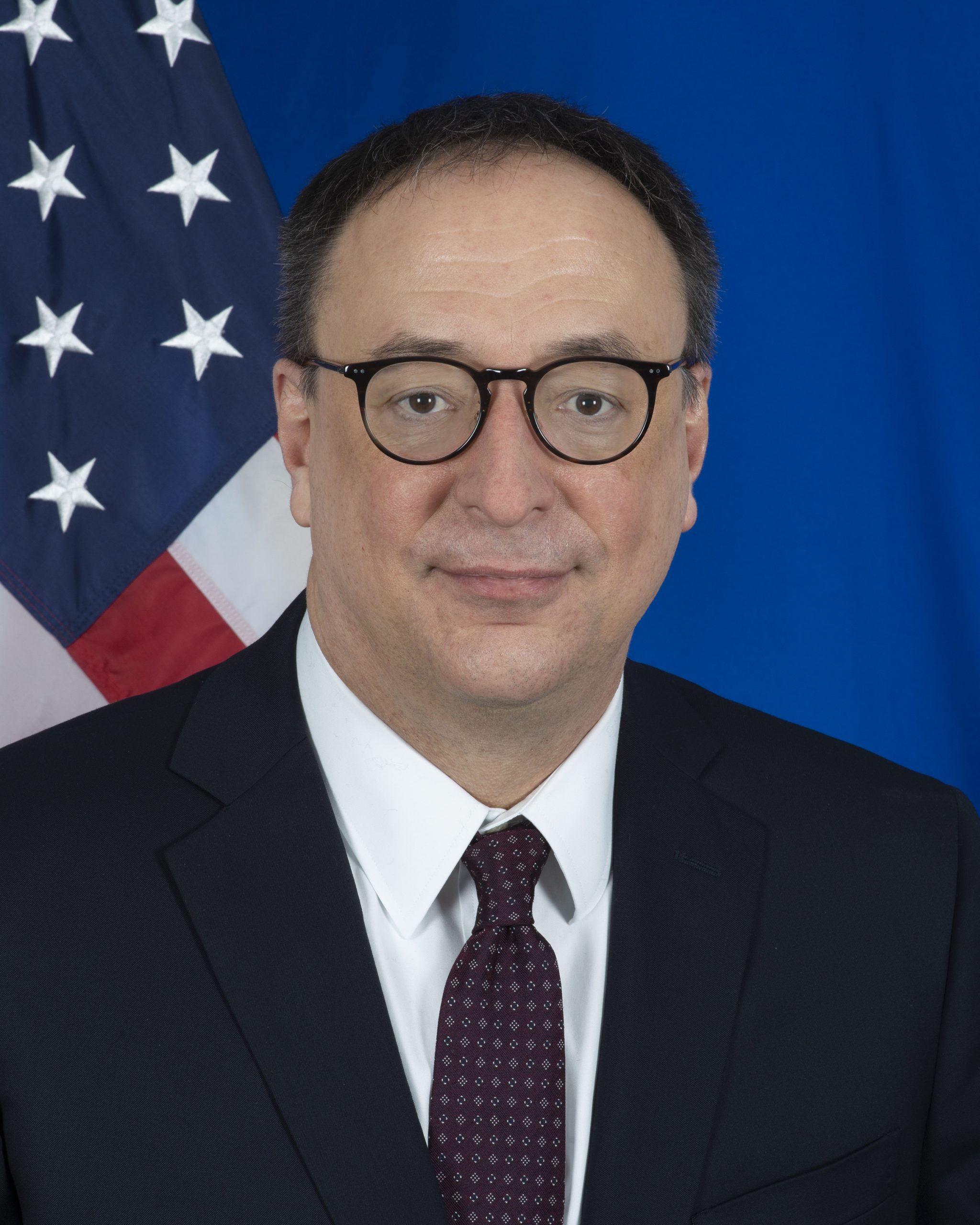 U.S. resident Gabrielius Gedvila, a long-time friend of Valdas Adamkus and his electoral campaign manager in 1968, when Adamkus ran for the Metropolitan Sanitary District commission in Chicago, recalled that Chicago, a city built on top of swamps, suffered from problems related to procurement of fresh water. This was the consequence of its growth and industrialization, which started in the first half of the 19th century. “At first, there were attempts to reduce pollution in the lake; later, canals were built, the flow of the Chicago river was “reversed” and a three-kilometre pipe to Lake Michigan was built for fresh water to be provided. It was the goal of EPA to solve those problems or at least manage them”,  the Lithuanian American noted. 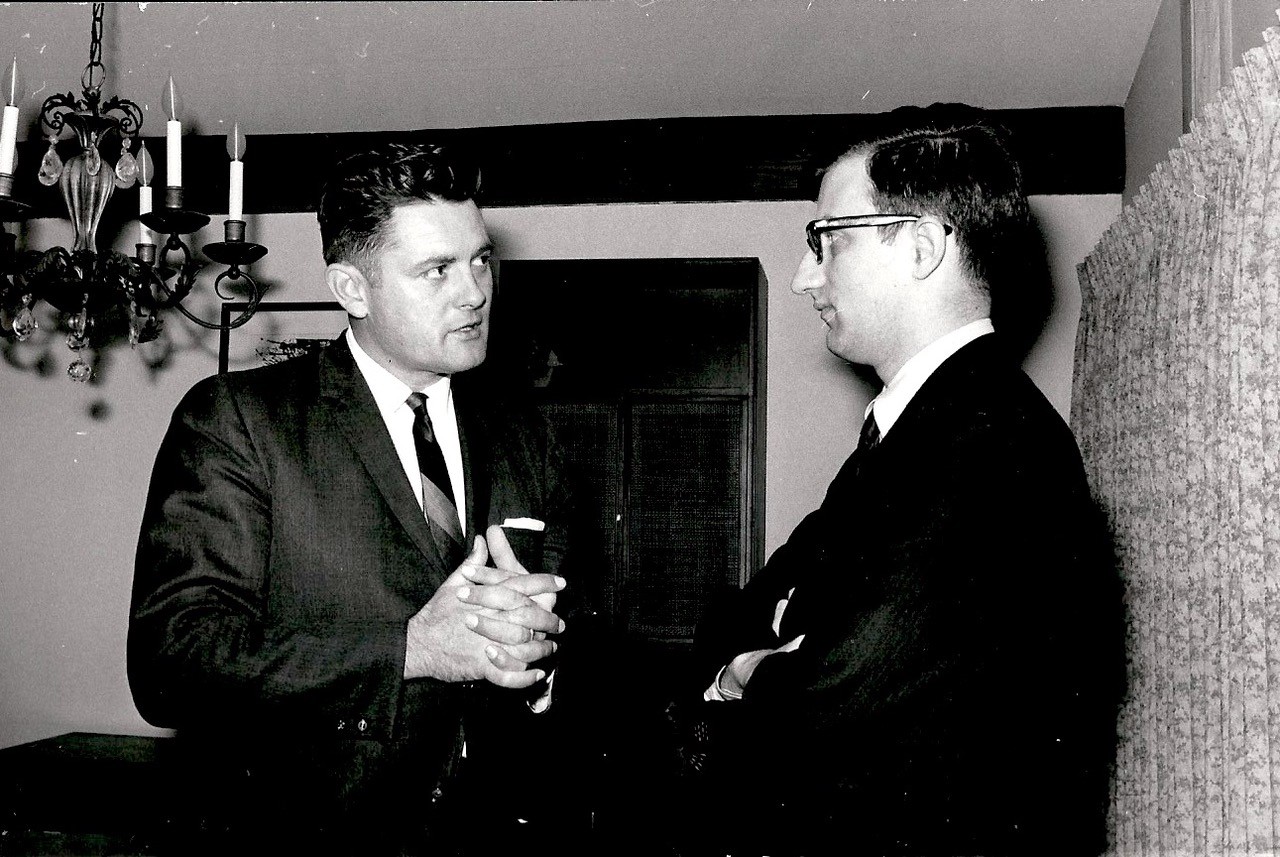 Gabrielius Gedvila’s late wife Dana Gedvilienė was an impassioned environmentalist who contributed to the support of ecology both in the United States and in Lithuania. Gedvila is certain that environmental protection was, is, and will remain a global issue which demands special attention; thus, in order to promote and give meaning to the environmental achievements in Lithuania and to honour his late wife’s memory, he established a foundation of USD 100,000 whose funds will be allocated for the prize named after President Valdas Adamkus – his friend, prominent environmentalist, and two-term President of Lithuania.

The Prize of the Presidential Library and Dana Gedvilienė Foundation will be awarded annually for the laudable and noteworthy achievements and efforts to protect and rebuild the natural environment in Lithuania and its neighbouring countries and to ensure the sustainability of resources. The expected applications for the prize should involve scientific research, inventions, civic activities, individuals and organisations that promote environmental protection and encourage actions, as well as political decisions or business initiatives that encourage more sustainable development and cleaner future by inventing or adopting the most advanced solutions. 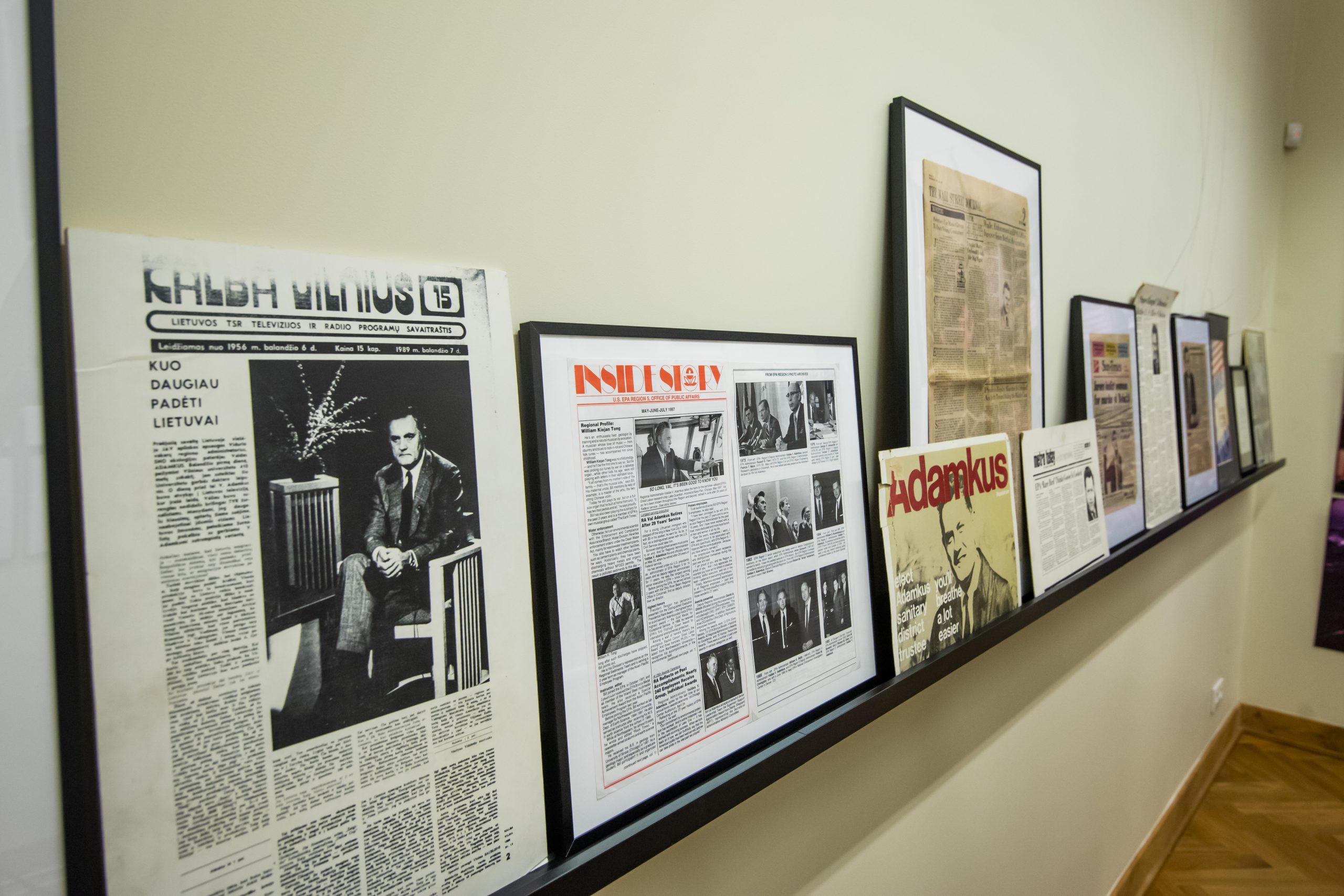 Exhibition in the Presidential Library

The nominations for the President Valdas Adamkus Prize (5,000 euros) will be accepted from January, while the award ceremony will be held on 5 June, World Environment Day, at the Botanical Garden of Vytautas Magnus University (VMU).

Speaking about the prize, the President claims that environmental issues are highly relevant everywhere in the world today, including Lithuania. “Perhaps environmental problems today are not visible to the naked eye, they aren’t tangible, but their relevance has increased, and they demand new environmental protection solutions. Thus, I hope that the prize will not only express gratitude to those who benefit nature but also encourage them to benefit it even more”, Adamkus, who dedicated much of his work to the ecology of the U.S. and Lithuania, commented.

“As an environmentalist, from 1972, I had the possibility to visit Lithuania, to meet people, scientists and cultural figures. I could immerse myself in the country’s ecological problems and participate in their solving by sharing my experience and knowledge with the ecologists of Lithuania. Personally, it was a very significant part of my work – contributing to the creation of better life in Lithuania”, the President said.

Exceptional exhibition reveals the backstage of Adamkus’ work in the U.S.

Historians and museum employees have completed preparing the exhibition at the President Valdas Adamkus Library, which provides an overview of the president’s professional activities in the Region 5 of the U.S. Environmental Protection Agency. This agency, whose fifth region was the largest one, is celebrating its 50th anniversary this year. The exhibition, funded by the U.S. Embassy in Vilnius, will be opened to the public at the President Valdas Adamkus Library-Museum in Kaunas when the current nationwide lockdown is lifted.

“In Lithuania, the activities of Valdas Adamkus as an environmentalist are quite well known, but not fully understood. The historians who prepared the exhibition reviewed many archival documents and video materials, they talked to Adamkus’ colleagues in the EPA, the administration, the scientists, the lawyers and employees of NGOs. They contacted the people who worked in the industry at the time and, based on all collected written and visual material, they prepared an exhibition which we will present to the public at large as soon as the end of lockdown will allow”, Arūnas Antanaitis, Director of the Presidential Library, assured. 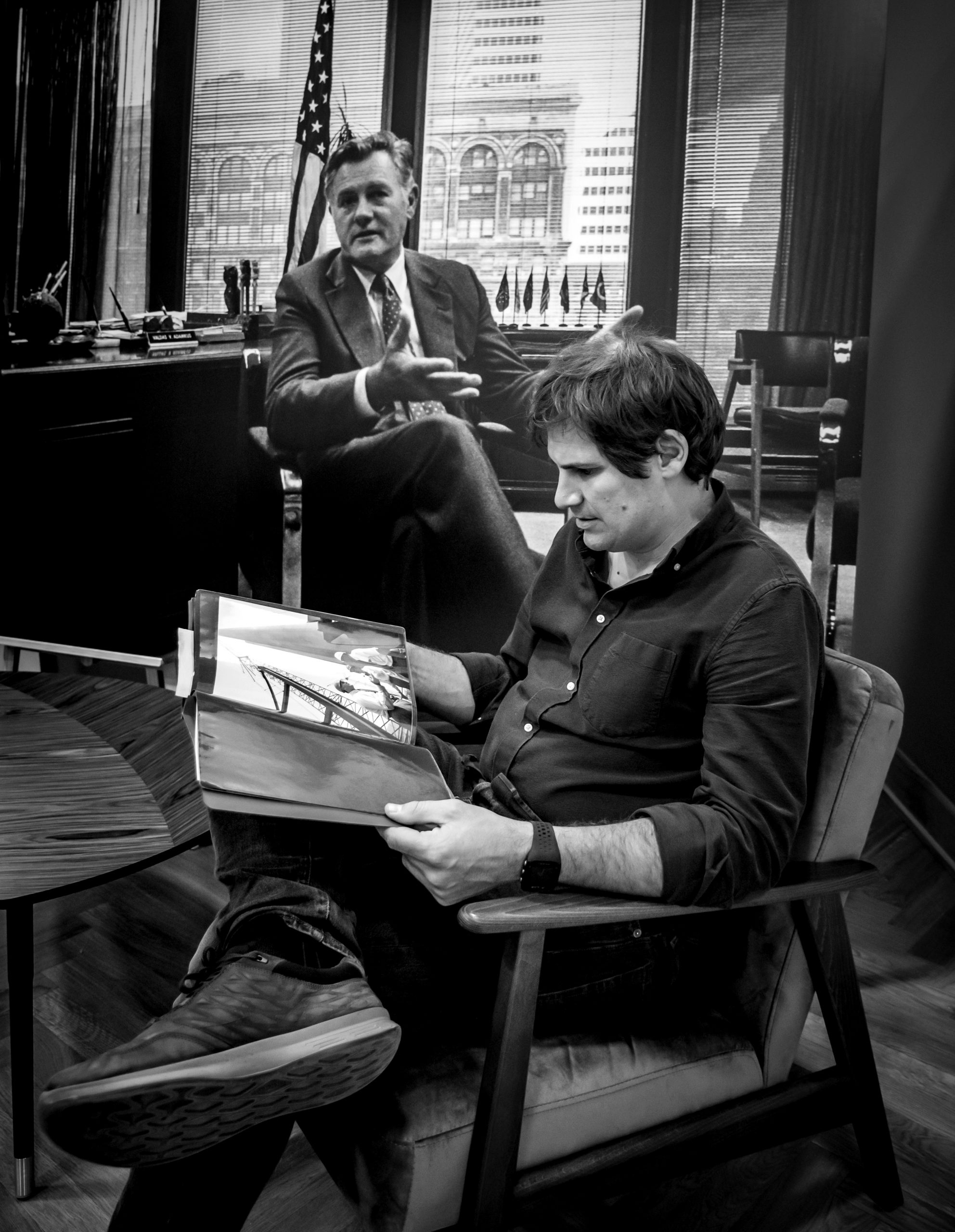 “During his career in the EPA, which lasted more than 25 years, Valdas Adamkus became a sort of legend of environmental protection. He occupied the highest positions in Region 5 during the tenures of no less than six U.S. presidents and administrations. In Chicago, he is remembered as the man who cleaned Lake Michigan”, Antanaitis pointed out, also adding that, as the environmentalist in the responsible position, Adamkus also participated in the U.S.-Soviet environmental programme which was launched in 1972. Environmental protection was the rare field in which the United States and the Soviet Union managed to achieve a cooperation agreement during the Cold War.

The U.S. Ambassador to Lithuania Robert S. Gilchrist also recalls that one of President Valdas Adamkus’ most notable achievements was the successful dialogue between the U.S. and the countries that were behind the Iron Curtain. “[It began] with President Nixon’s trip to Moscow in 1972.  Through the tumultuous decades of the seventies and the eighties, the voice of environmental advocacy helped forge ties between the United States and Lithuania, despite the yoke of Soviet occupation”, the ambassador explained.

The exhibition is dedicated to the review of Valdas Adamkus’ activities while working in the Region 5 of the Environmental Protection Agency (EPA). It will present authentic documents, photos and video recordings. The exhibition is funded by the U.S. Embassy in Vilnius.

That's a fantastic bit of history and a great way to honor Dana's passion for environmental health. The picture of you and your friend when you were campaigning for him appears to have been dated 1968. How long before you joined Weyerhaeuser after1968?