International Visitors of Kaunas Were United by Common Goal 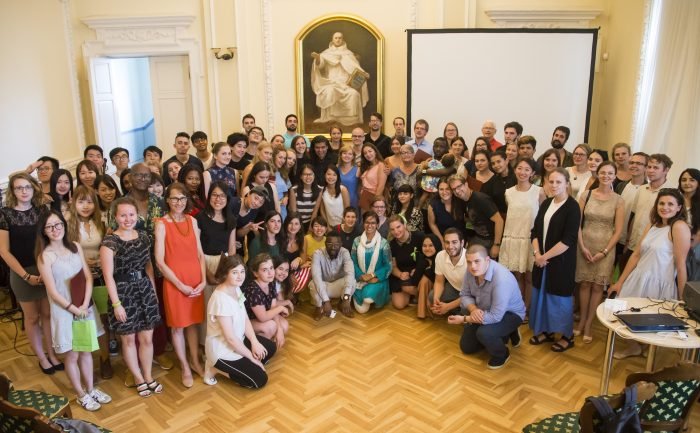 To most of us, summer is an opportunity to take a break from the studies or work. At Vytautas Magnus University (VMU), however, it is the time when students from various corners of the world come for a visit. They were brought here by the Baltic Summer University, a VMU project which continued for over a month and accumulated over 100 students from Europe and farther away: the USA, Australia, Hong Kong, Vietnam, China, Japan, Indonesia and other countries.

Diverse Courses for a Diverse Crowd

The first participants of the BSU arrived in early July, marking the start of the Summer Internship Programme (SIP), which provides young people with opportunities to gain practical knowledge in their professional field. One of the SIP participants, Thailand native Kwan Sin Chan, did her internship at three separate institutions: the VMU International Cooperation Department, the VMU Career Centre, and the Kauno Piligrimas tourism agency.

The student says she found out about the BSU courses at her university in Hong Kong and did not hesitate for a second about joining them. “I realized that the opportunity to visit the Baltic region may not occur again. Especially as these courses have been going on for years and I have heard good feedback about their quality”, the SIP participant explained. She was the most impressed by the people she met and the opportunities that are offered by such a relatively small country. 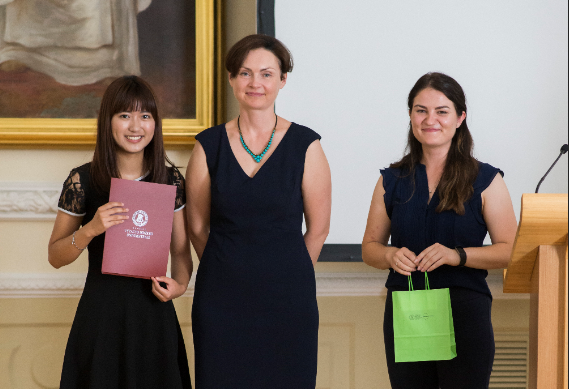 The BSU project, which was organized by Vytautas Magnus University for a second year in a row, combined the Summer Internship Programme with the courses of Lithuanian Language and Culture, Creative Media Lab, and Personal Branding. The courses were mostly focused on the subjects of creativity, communication, and culture.

Another BSU participant, Lukas Ridikas, was born in the family of a Lithuanian father and a Korean mother. After spending his childhood growing up in France and Austria, he is currently a student at the University of Birmingham in the UK.

“Usually, e.g. at parties when I meet people, I like to identify myself as a Lithuanian, even though physically people don‘t recognize me as a typical Lithuanian. I do appreciate the Korean culture but I feel more bonded to the Lithuanian one for some reason. I play basketball at quite serious level, at the university in England. I love Lithuanian food, especially kepta duona (fried rye bread with garlic – Ed.). I’m very attached to the countryside where my grandparents live, I like the Lithuanian spirit”, Lukas Ridikas explained. He attended the Personal Branding course and admitted being very impressed by the professional yet highly cooperative teachers. Lukas’ brother Tomas Ridikas also took part in the BSU project – the younger sibling participated in the Lithuanian Language and Culture courses. 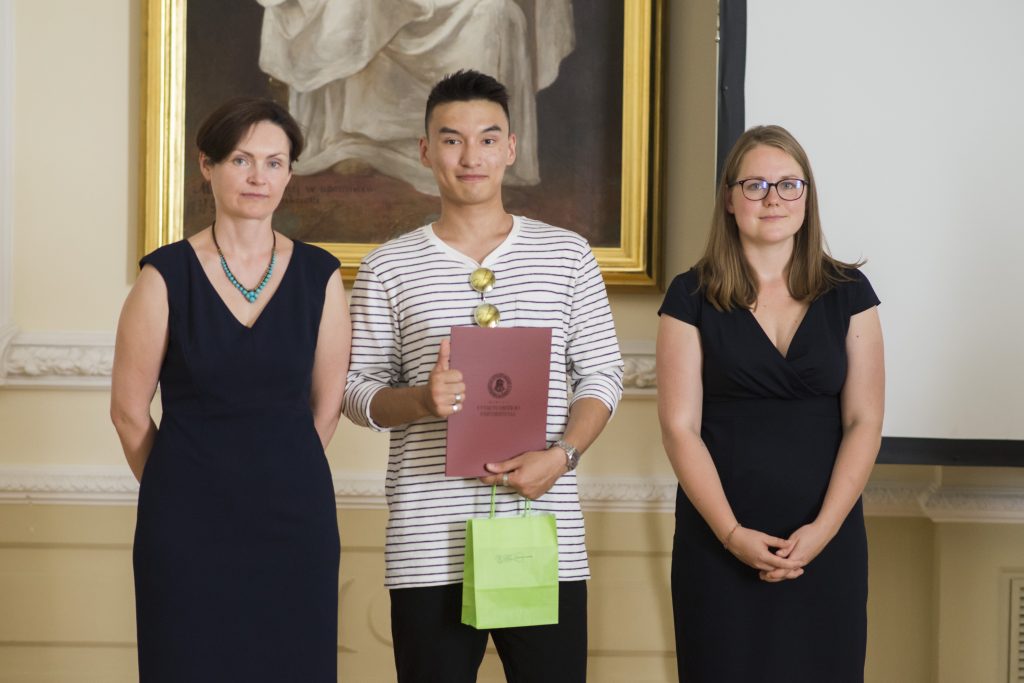 United by Love for Lithuanian Language, Culture, and Learning

The most popular program in the project is the courses of Lithuanian Language and Culture, which celebrated their 20th anniversary this year. The lectures, which launched in mid-July, were attended by students, scholars and other visitors from all around the world who wished to learn the Lithuanian language – for many of them, it is the language of their grandparents or spouses.

The participants’ stories are diverse yet united by one common bond: the love for the country and the language. Juan-Marie, a participant of Lithuanian Language and Culture Courses, is a citizen of Guadeloupe, an insular region of France located in the Carribbean. He came to Lithuania from Paris, where he currently lives and works. Coincidentally, it was love that brought the current denizen of the City of Love to Lithuania: it happened 10 years ago. “It was when I had my first lesson of Lithuanian language right here, in Kaunas. Even after the relationship ended, I cannot explain why, but I continued to be fascinated by this country, language, and culture. So, when an opportunity emerged, I decided to attend the courses”, Juan-Marie explained in Lithuanian, speaking in a careful yet driven manner. He also complimented the courses for the wealth of direct communication and a wide variety of presentations and tasks which gave him the chance to test his skills. 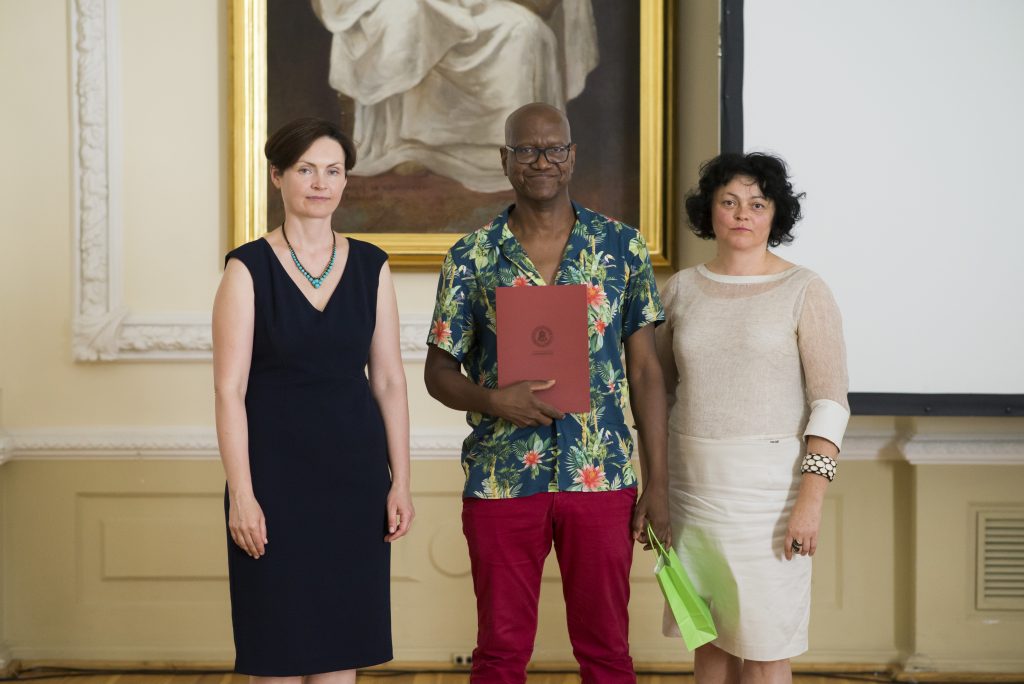 Dee Palmer and Mitch Abrams, an American couple, crossed the Atlantic to visit Kaunas for a second summer in a row and learn the Lithuanian language. They decided to take the trip because of Mitch’s roots: his grandfather left Lithuania because of the poverty he suffered in the tsarist Russia before World War I. “My grandparents and father spoke Lithuanian, they often talked about the country and how they wanted to come back here, but couldn’t do so because of all the political circumstances. I grew up and lived in Pittsburgh, Pennsylvania, where I didn’t meet any other people of Lithuanian origin, but where, ever since childhood, I had access to Lithuanian food and Lithuanian culture. I always wanted to learn the language, so, after finding the information online, last year we visited Lithuania, Kaunas, for the first time”, Mitch Abrams recounted his story. 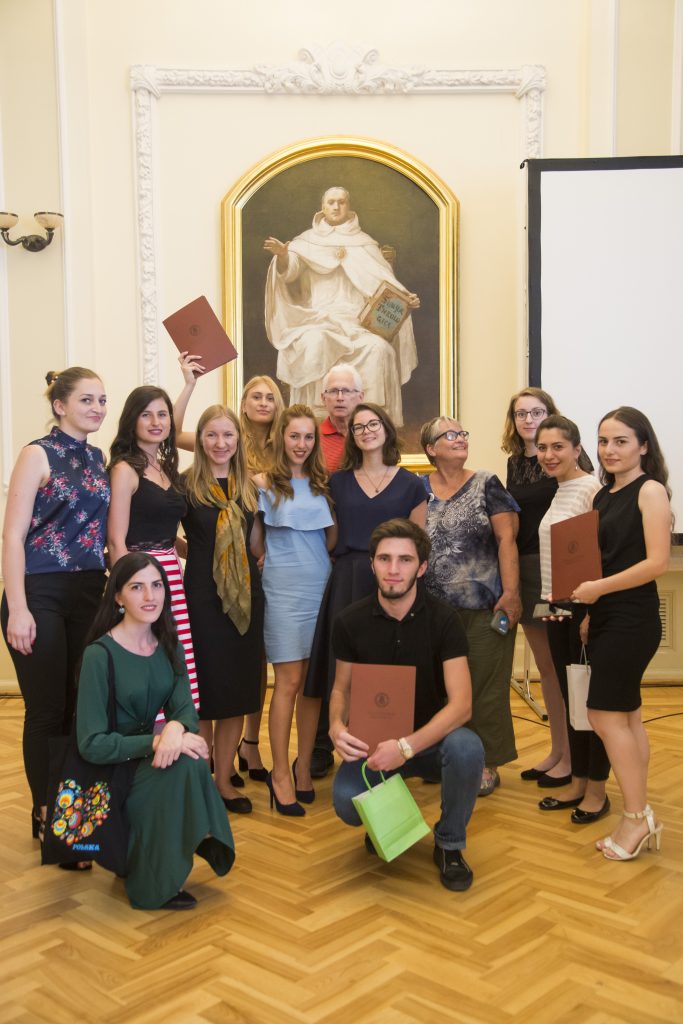 The couple is currently travelling around the world, but they found the time to take a break and attend the Lithuanian Language and Culture courses of BSU for a second summer in the row. “I cannot describe how important this opportunity is to learn the language basics, to discover the land where your grandparents lived, and to create new connections with this country through the friends you meet here”, Mitch Abrams explained.

The courses are a great opportunity to not only learn the Lithuanian language but also take a closer look at the country’s culture, attend lectures of VMU professors and visit various landmarks of Lithuania. The program provides the opportunity to study the language at 4 different levels, which makes it possible for citizens of various countries to acquire the general basics of Lithuanian or to deepen the more advanced knowledge.

Bartek Chmielewski developed an interest in the Lithuanian language 7 years ago, when he was in Vilnius as an exchange student. This time he took the trip from the neighbouring Poland to Kaunas for this reason alone: to improve his language skills. In the BSU Lithuanian Language and Culture courses this summer, Bartek studied at the B2 level, which is the highest available. “Before the courses, I understood all the words, but, sadly, I could not pronounce any of them correctly. Now, even though I still make some mistakes, I can speak Lithuanian, and I like it very much. This experience granted me grammatical knowledge, taught me new words and encouraged me to use this language more freely”, said Bartek Chmielewski, speaking in fluent Lithuanian. 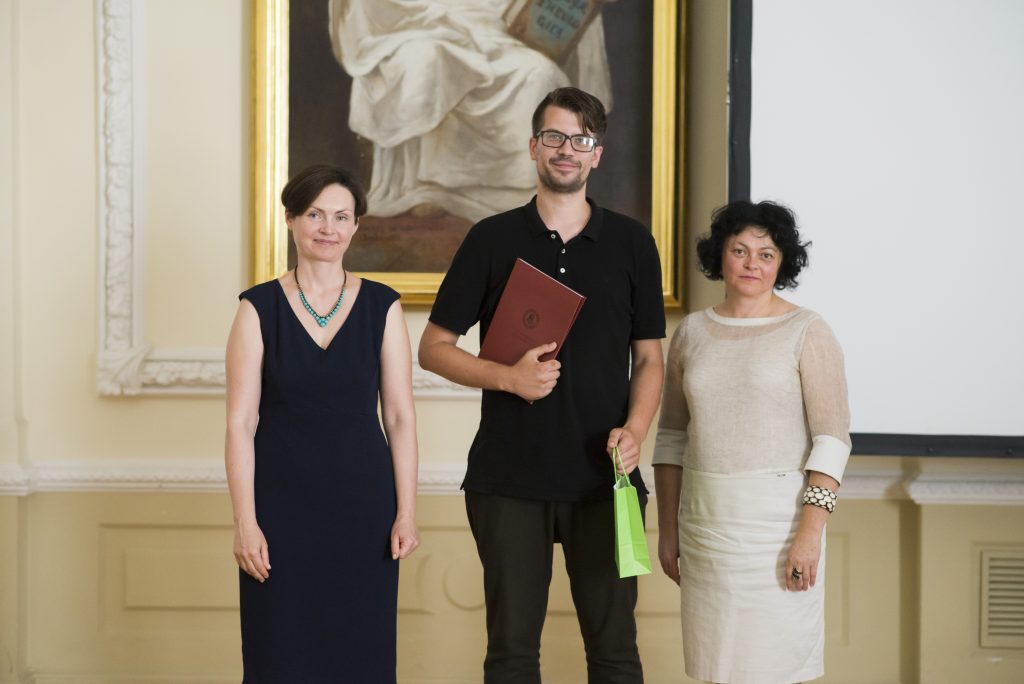 Friendship of Nations and Languages in Kaunas

According to the organizers of the Baltic Summer University, the closing event also illustrated the main goal of the project: to promote friendship of nations and languages through the common goal of improvement. One of the participants, Dominik Wilczewski, demonstrated his Lithuanian language skills by reciting a poem by Henrikas Radauskas, ‘Dainos gimimas’ (‘The Birth of a Song’). There was also a performance by a choir consisting of the summer course participants, who sang several songs, including a Lithuanian one. Members of BSU also presented a traditional Georgian dance. 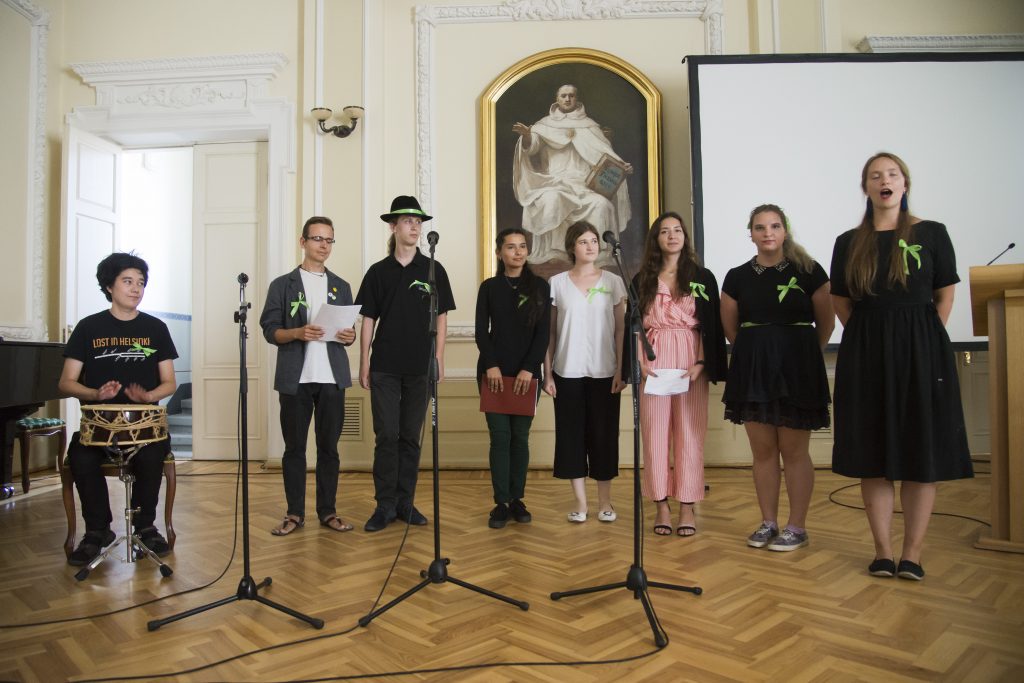 All students of the Baltic Summer University took part in joint social activities: introductory tours of Kaunas, a party dedicated to the friendship of cultures, a presentation of traditional dishes and cultures, day trips to Vilnius, Trakai, Rumšiškės and the Hill of Crosses.

Many of the participants were also deeply impressed by the city of Kaunas itself. Thailand native Kwan Sin Chan hopes to return here in the future: she took interest in the project Kaunas 2022, which is dedicated to the city’s future mission as the European Capital of Culture. Bartek Chmielewski, who came here from Poland, also had kind words to say about Kaunas.

“This was my second visit in Kaunas. Until now, this city seemed dark and gloomy to me. But today, to me, Kaunas is a city for the people. At one time, when I’m in the downtown, I feel like I’m in a big European city. In Žaliakalnis (an elderate of Kaunas – Ed.), I can enjoy modern wooden architecture and feel like I’m outside the city. At the same time, Kaunas has wonderful water bodies where people can enjoy nature and get refreshed. Even though I’ve spent more time in Vilnius, I like Kaunas more. It just feels good to be here”, the Polish guest opined.