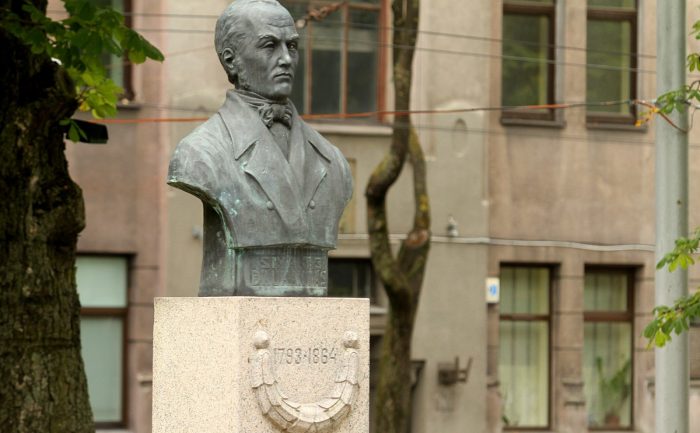 Lithuanian historian Simonas Daukantas wrote the first book on the history of Lithuania in the Lithuanian language, The Deeds of the Ancient Lithuanians and Samogitians (1822), which was full of literary elements. In the epoch of Romanticism, national historiography was not limited just to the academic interest and logical reasoning; the awakening of patriotic feelings and the means of emotional impact became its important components. Thus, the historical imagination coincided with the literary.

The conference aims to discuss the methodological problems both of contemporary historiography and literary studies; the choice of forms of linguistic expression; the relationship between ‘true history’, looser writing and pseudo-history; the conception of historiography as an art. The specifics of the literary narrative and the power of imagination to illuminate the historical fact are considered. An important dimension of the conference is the concord of a historical fact and artistic fiction, the ‘aestheticization’ of history.

Historians, philosophers and literary scientists are invited to participate in the scientific conference and elaborate on the Aristotelian paradigm ‘a poet or a historian’ in the following suggested directions:

We invite researchers to send their proposals (up to 500 words) in English by May 14, 2018 to the following address: justina.petrulionyte@vdu.lt. Accepted proposals will be announced before May 21, 2018.

Participants will be given 20 minutes for their presentations. Conference languages: English, French, Lithuanian.

The conference is organized by the departments of Lithuanian Studies and History at the VMU Faculty of Humanities.