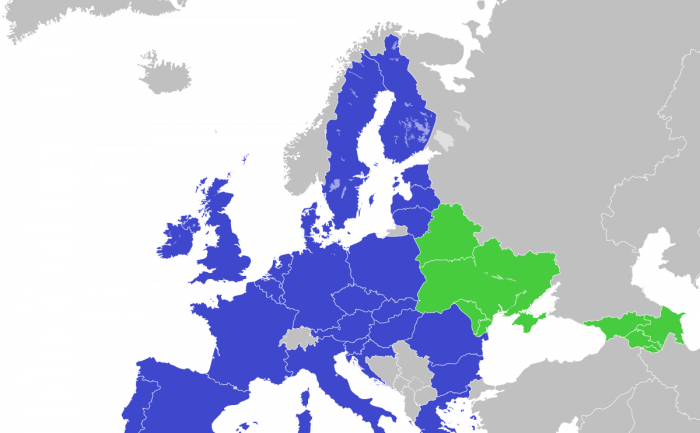 On Monday 6 May, 3 p.m., VMU Centre for Research and Studies (V. Putvinskio g. 23, Room 311) will host a discussion entitled Eastern Partnership: 10 Years after the Prague Summit.

Eastern Partnership (EaP) is the European Union’s foreign policy pursued as part of its European Neighbourhood Policy and addressed to six states: Armenia, Azerbaijan, Belarus, Georgia, Moldova, and Ukraine. It was Poland and Sweden that initiated the EaP as a structured policy to support regional cooperation and facilitate closer relations between the EU and its Eastern European partners. Presented at the European Council summit in June 2008, the initiative met with support from the European Commission and EU Member States. The programme was officially launched on 7th of May 2009 in Prague at a summit of heads of state and government from the EU and Partner countries.

In May 2019, the Eastern Partnership policy turns ten. It is a good moment to sum up the major achievements of the initiative, the milestones, the partner countries’ and EU member states views of this policy and to analyse the direction in which this programme should develop in the nearest future. Are the main pillars, such as strengthening state institutions and good governance, economic development, expending connectivity and fostering the people-to-people contacts adequate? Is there a possibility to achieve more Association Agreements / DCFTAs? What is the role of EU programmes, such as Erasmus+, TAIEX, Twinning, or Neighbourhood Investment Facility for the EaP countries? Finally, what role does the Civil Society Forum plays in the initiative?