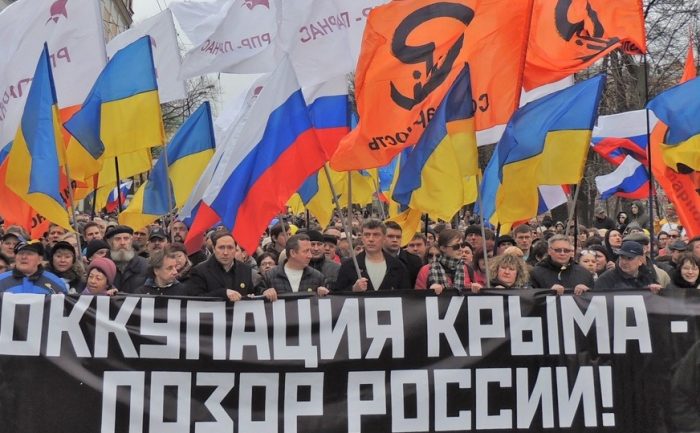 Nowadays, when we refer to Russian actions against Ukraine, we can separate the responsibility of a state and the responsibility of individuals, but even though we are able to divide these questions quite distinctly, the question arises about effective application of present-day regulations of international law to this particular inter-state conflict.

The majority of UN member states supported Ukraine’s independence, numerous actors – including the US, the EU, Canada, Japan and Australia – imposed sanctions against Russia as a means of disapproval of blatant violation of international law and in response to Russian threat to the sovereignty and territorial integrity of Ukraine.

Crimea’s annexation has caused a serious concern in Central and Eastern Europe. The Russian position towards international law and territorial integrity of its neighbours has become an urgent political, legal and research problem. Crimea is now occupied by Russia – what are the legal ways out of this situation? What can and cannot be expected from international law? Is an international order possible without international law?

We would like to start a discussion with the book “The Case of Crime’s Annexation Under International Law”, a publication issued by the Centre for Polish-Russian Dialogue and Understanding in Warsaw, The Institute of Law Studies of the Polish Academy of Sciences and Scholar Publishing House. It is a result of a conference that took place in Warsaw on the anniversary of annexation of Crimea. It assesses legal complexities of what happened in Ukraine as well as possible legal responses. More: http://cprdip.pl/en,publications,others,455,the_case_of_crimea.html

Guest from Lithuania, Poland and Germany will discuss these questions during seminar in Kaunas on 12th of April.

Language of the event: ENGLISH with no translation provided. No registration needed. 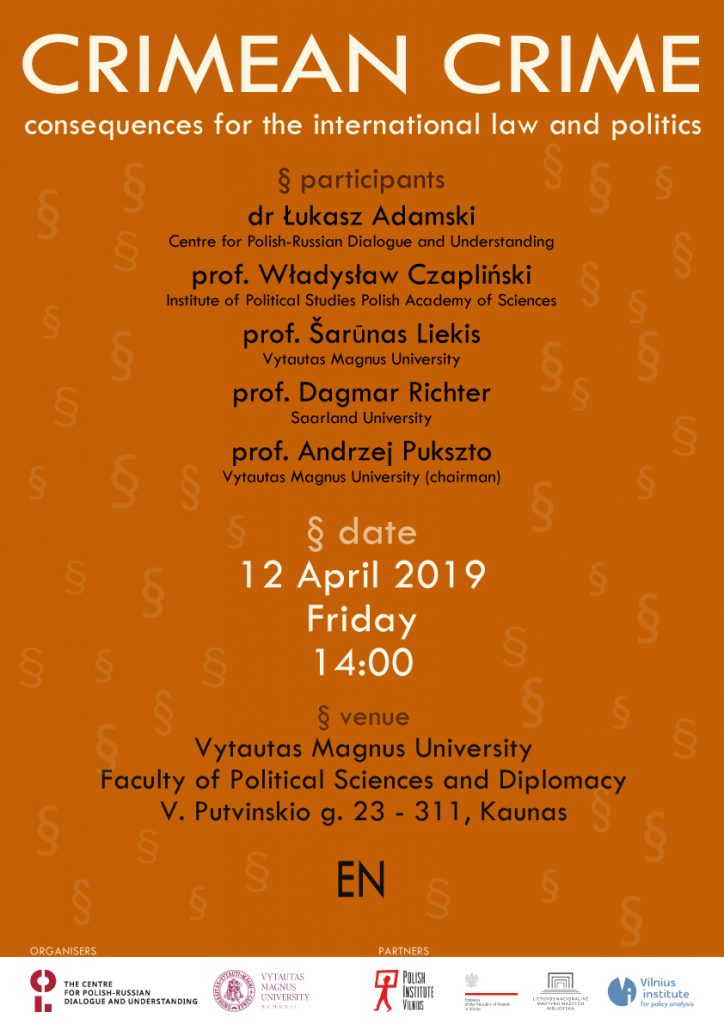