On September 12-15, 2018 VMU Centre for Asian studies together with the Global Japan Office invites you not to miss the 29th international EAJRS (European Association of Japanese Recourse Specialists) conference. This year the topic is “(G)localizing Japanese Studies Resources”.

The Conference will attract 97 participants from such countries as Japan, China, USA, Canada, India, France, Switzerland, Germany, Finland, Sweden, Denmark, Belgium, Norway, Slovenia etc. The Conference taking place in Kaunas in 2018 will be the first one in the Baltic States.

The main topic of this Conference dedicated to localization of resources in the global context. Furthermore, considering the fact that the Conference is organized in Kaunas, a city having strong relations with Chiune Sugihara, who was saving Jewish lives here in 1939-40, part of the conference will be dedicated to resources related to the World War II.

European Association of Japanese Resource Specialists is one of the biggest organization uniting Japanology specialists in the world providing special attention to accumulation of Japanology resources, creation, management and distribution. Its conferences occur annually since 1994 mainly in the Western European countries and attract hundreds of specialists from all around the globe, not only from Europe and Japan but also from Australia, United States and Asian countries. 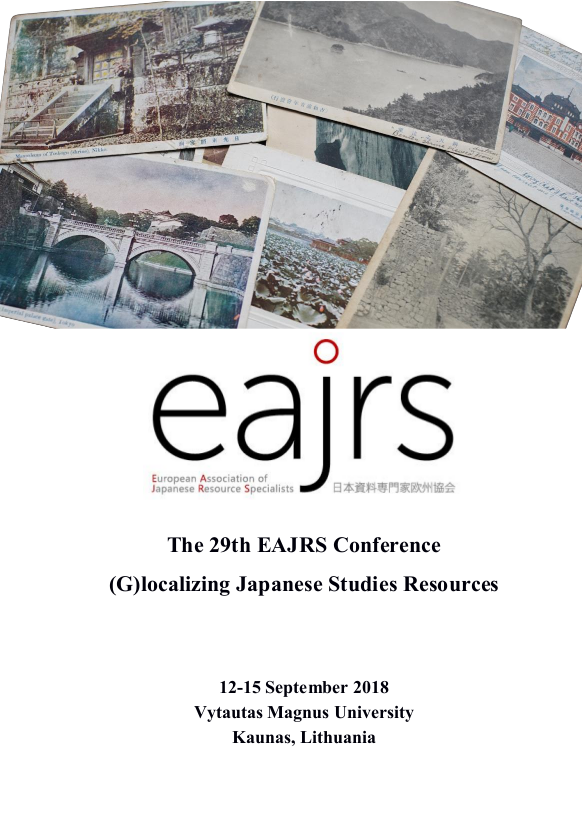