Katherine Tyson McCrea is Social Work Professor from the Loyola University of Chicago (USA) who has accumulated over two decades of experience as social worker in the fields of forensic medicine, psychiatry, and medicine. Recently she has been actively involved in the field of community development, promoting non-violent child care.

In 1988 Katherine Tyson McCrea defended her PhD, The History of Scientific Explanations for Childhood Hyperactivity, at the University of Chicago.

Since 1989 the scientist has been working at the School of Social Work in the Loyola University of Chicago (promoted to professor in 2001). From 2005 she has been Principal Investigator in the Community Partnership for Fostering Self-Determination of Low-Income Residents in Bronzeville Community.

Prof. Tyson McCrea has also been the Principal Investigator for After School Matters Projects, such as “Stand Up, Help Out ! 1 & 2”, has been coordinating partnership activities with social service agencies etc.

The professor is also the Founding Editor and Editor-in-Chief of interdisciplinary scientific journal Illinois Child Welfare.

The researcher has held videoconferences as part of the VMU Social Work MA study programme. 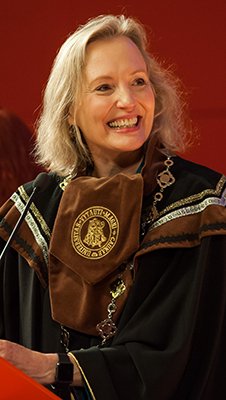