Social Anthropology: One of the Most Important Sciences 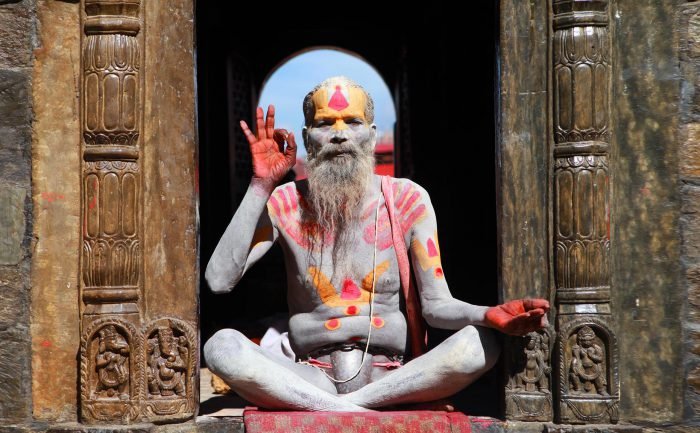 “Lithuania is one of the hardest working countries in the world with probably the lowest pay in Europe. If you make only 700 euros a month you cannot expect to live like a European”, says American Professor Victor De Munck, an anthropologist who has worked in the State University of New York and has conducted extensive research in Sri Lanka, Macedonia, Russia, Lithuania and the USA. Currently the scientist is working at Vytautas Magnus University (VMU): he conducts research at the Social Anthropology Department and teaches lectures to students of social anthropology. This field, he says, is one of the most vital ones today.

Social anthropology is a science that examines cultures and communities of people. How is this science significant today, in your opinion?

It is one of the most important, if not the most important, science, first of all, because social anthropologists research culture, and culture is a symbol system which we use to construct meaning in our lives. Culture is not just a linguistic system but also values, beliefs and gestures, rules that we develop: how we eat, get married, practice religion etc.

Another reason is that anthropologists are one of the few types of scientists who use participant observation, i.e. when the researcher not only observes, but also participates in the researched community, gets involved in the subjects‘ life. All social sciences can be valid only if their theories apply to what is happening in natural life. That is what anthropologists seek to understand: how humans live in a natural setting. When people only answer questionnaires, it may have nothing to do with reality.

The third reason is the world is getting more and more fragmented: there‘s more and more stranger communities amongst us. Even within our own kind, we‘ve become fractured: e.g. in Lithuania there are strong Catholics, atheists, different generations, economic statuses etc. Then immigrants come into the country and we have to have global understanding, to understand other people’s cultural orientations to the world and themselves, to understand their perspective or behaviour. Social anthropology provides this knowledge. 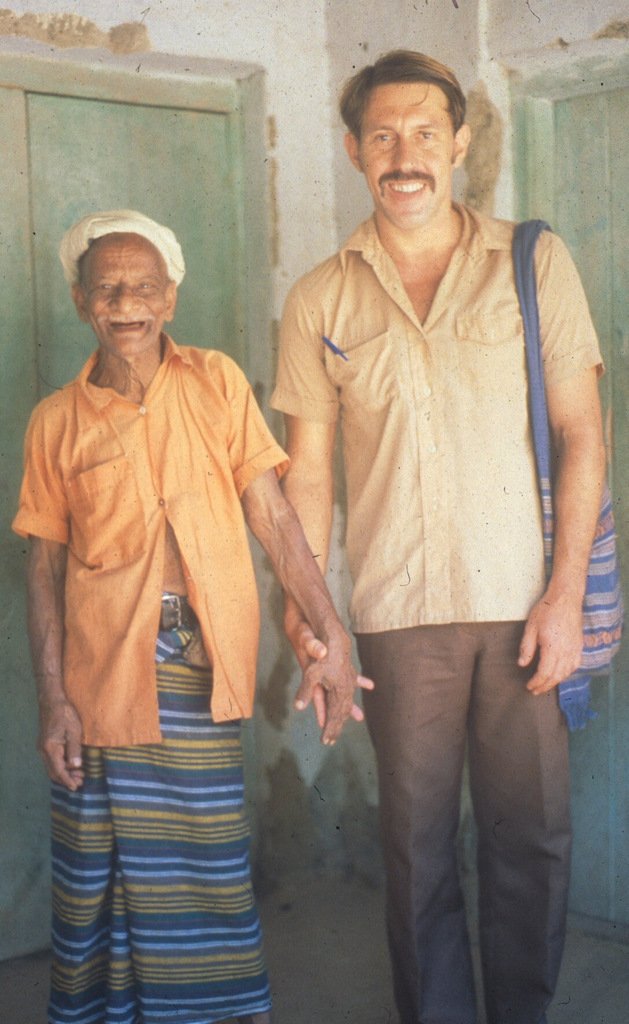 You have conducted research on interesting topics in various countries, including Sri Lanka and Macedonia. One of these researches was done in Lithuania, USA and Russia: you compared how the concept of romantic love is understood in those countries. What have you discovered?

As we become more socially mobile, we’ve become more individuated from one another, so romantic love shifts. There used to be social pressures to marry the proper person and to stay married. Now it’s largely individual choice and if you get divorced, there is hardly any stigma attached to it. The whole culture of courtship has changed tremendously and that has affected the structure of family.

The aim of the research was to compare the cultural constructs of romantic love in the US, Lithuania and Russia. I found some significant differences, but I think things have changed: most of the data in Lithuania was collected in 2003-2005.

In Lithuania there was a tendency to consider romantic love as a passing phase: a poetic transitional period. Many people referred to it as Disneyland, champagne, soap bubbles, something that is evanescent and does not last. And only if you get through this period, true love and friendship may develop. Whereas in the US, romantic love means that the person you love is your best friend, it is not a fantasy, but reality and it is developed through friendship. In Russia, like in Lithuania, people also emphasised the temporariness of romantic love and did not mention friendship.

I asked 80 people in each of the three countries and no one in either in Russia or Lithuania mentioned friendship or feeling secure around someone they love, while in the USA, almost everyone said it. That’s a big difference.

How would you explain this difference? Why is romantic love understood so differently in those countries?

In Lithuania, Russia and other European countries, when you start going to the first grade, you spend almost all the remaining public school education with the same group of people. So your mates at school don’t change much and over the years you develop strong friendships, often for life.

In the US, the people in your class shift, so you learn to have brief friendships. In the seventh grade, groups of people also change in classes of different subjects, e.g. history, maths. So you constantly have weak ties. Meanwhile, in Lithuania and in Russia, friendship is developed in strong ties; therefore romantic love cannot lead to friendship because to establish a strong friendship you need a lot of time, in contrast with the US, where ties are developed easily.

A break up is devastating for an American, because it’s not just your lover, but also your best friend, while Lithuanians and Russians take it easier: yes, it may also be tragic at personal level, but culturally you are supposed to get over it a lot quicker, it is seen as a temporary poetic moment, you were not close friends.

Romantic love inhibits a person’s economic interests, because usually in such relationships you think of what is in the best interest of others, not of yourself. This applies to political activism as well: it doesn’t work unless there’s some aspect of romantic love. For instance, to reduce economic inequalities, people have to make sacrifices, and in order to do that, they need to have some affection for the people they’re making sacrifices for. Romantic love is like an elemental force that allows people to act altruistically towards others. Ideology is not enough if you don’t care about others. 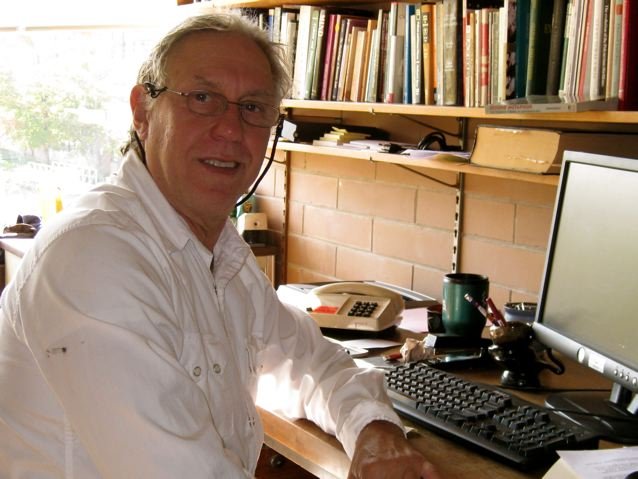 You’ve prepared a book, Experiencing Vilnius, with your wife, anthropologist Trini de Munck, and two students from Lithuania. In the book, you researched life in Vilnius anthropologically. What did you discover about life in the Lithuanian capital?

This book is a dialogue between insiders and outsiders about the culture and experiences in Vilnius. Usually in anthropology it’s only the anthropologist studying people. While in this case the locals could respond back to our observations: two Lithuanians reflected in the book on what the foreigners, my wife and I, discovered. There were a lot of exchanges and comments that we understood something in the wrong way. It was eye-opening: if you live here for 1 year you might think your experiences of Vilnius are pretty valid, but if you haven’t lived in a butas (flat) with the savininkė (owner), who is sitting there guarding her flowers and agurkai (cucumbers) in the fridge, you don’t really know a lot about experiencing life as a student in Vilnius.

The book was published in 2010, you collected data for it even earlier. Did you notice any major changes in the everyday life of Vilnius and Lithuania since then?

The book’s material was written when Lithuania joined the EU, in 2003-2004. There was a bubble of enthusiasm, Lithuanians were excited to join. I remember when the President of the USA George W. Bush came here to give a speech, how all enemies of Lithuania were also the enemies of the US. So it was an exciting time and certainly a time of increased expectations.

However, one person I interviewed talked about the open borders and how everyone will leave Lithuania, go to Europe and the last person will “lock the door”, metaphorically speaking. That hasn’t quite happened but certainly migration is a problem that needs to be dealt with, it is one of the big shifts. In 2004 population was roughly 3.4 million, today it is about 2.8 million and headed downwards. EU hasn’t been the panacea, it was not only the solution but also created some problems as well, so it’s a more paradoxical, dialectically confusing relationship between the EU and Lithuania.

Another difference is the increased split between Vilnius and the remaining part of the country. There are a bit too many capital flows into Vilnius and too few into smaller towns. A demographer said that based on his research 30 percent of countryside lives at the level of Africa. We also have problems with corruption, trust between the people and the government, also, how the refugees or immigrants are perceived locally. Humanizing the immigrants is a very important issue that anthropologists can deal with. Finally, people feel indebted; they are not making enough salary, even though Lithuania is one of the hardest working countries in the world with probably the lowest pay in Europe. If you make only 700 euros a month you cannot expect to live like a European, e.g. in the Netherlands, where you would be making 3000 euros for the same job.

Dear professor, I am still alive read and watch many things including yours ,Before I reveal my name do you remember the boy who used to ask what do you think victor, before you answer you used to say I really like people asked the way I asked . I watched professor Noam Chomsky and some cook fight too with other professors with the same heritage , hope and wish that you can understand who they are. perhaps you may have come across what I mentioned about your left behind old kingdom < I wrote to one of your friend{ now according to him you have no any connection with him } almost all the villagers were filled with tears when the came for you to say good bye< what I came to later that was the first time the villagers had seen tears of a white man < that came to my mind that the friend I mentioned above enrich my face book page what he come across and some of his creative thoughts < recently he said he met a crying woman nice to see the king < queen and the three princes I mean it"s safe for any visitor < but the island is rampant with artful dodgers why don't you come to the F/B even once in a blue moon there are lot here familiar people from kesbewa to badulla {kotebowe okay I am going to stay here wishing in both languages aubowan